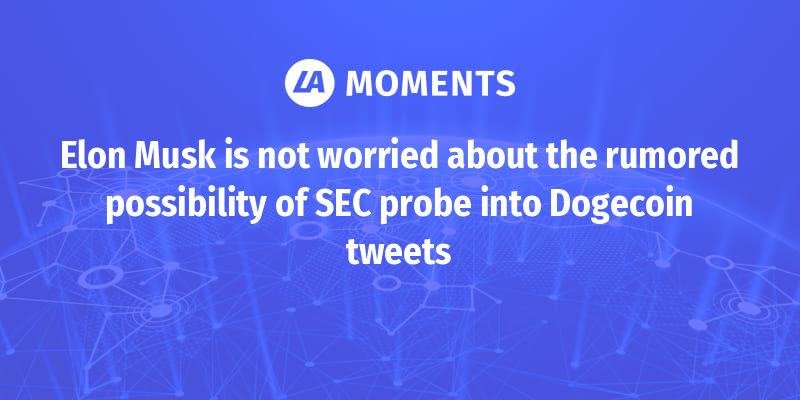 Rumors of a possible investigation by the United States Securities and Exchange Commission into Tesla CEO Elon Musk’s alleged impact on Dogecoin’s (DOGE) price moves have been circulating on social media over the past day — a phenomenon that one Twitter user has quipped is “peak 2021.”

Musk’s previous showdowns with the SEC notwithstanding, the CEO appears to be unfazed about the possibility of an all-too-real legal fallout sparked by his penchant for the meme cryptocurrency. Musk’s professed love for “dogs & memes” has spurred him to repeatedly post jocular memes about Dogecoin, most recently one showing the DOGE mascot “on the actual moon.”